A recent report published in the Journal of Bone & Joint Surgery supports bariatric surgery prior to total knee arthroplasty as a cost-effective option for morbidly obese patients with end-stage osteoarthritis who have failed to benefit from medical treatment. Research has indicated that obesity contributes to adverse results and greater costs after knee replacement, but the value of bariatric surgery before total knee arthroplasty was unknown.

Alexander McLawhorn, MD, orthopedic surgeon and lead author commented on the known effectiveness of bariatric surgery in the treatment of morbid obesity and its comorbidities and explained that, "What we didn't know was whether or not it is cost-effective to recommend bariatric surgery to achieve weight loss and improve preoperative health prior to joint replacement."

Results of this analysis predict that obese patients who undergo bariatric surgery 2 years before knee replacement are more likely to experience better quality of life, measured in QALYs, than those undergoing knee arthroplasty alone. At $13,910 per QALY, the cost was well below the willingness-to-pay threshold.

In a comparison of infliximab, etanercept, and adalimumab used as initial biologic therapy in the treatment of patients with rheumatoid arthritis (RA), researchers in Spain found adalimumab to be the most cost-effective. The study measured the achievement of clinical remission, defined as disease activity score 28 of <2.6, in a real-world clinical setting.

The study comprised 130 patients who had begun treatment for RA in the Reina Sofia Hospital in Cordoba, Spain, between January 1, 2007, and December 31, 2012; 55 were treated with infliximab, 44 with adalimumab, and 31 with etanercept. Hospital costs included drug acquisition, diagnostic tests, and medical services. Effectiveness was measured as the percentage of patients who achieved clinical remission after 2 years. Cost-effectiveness was determined by dividing the total mean cost of each treatment by the percentage of patients who achieved remission.

Do you have a plan to address online reviews of your practice? A recent Physicians Practice article offered expert advice on the subject. Here are 5 tips:

Lesinurad (Zurampic; AstraZeneca Pharmaceuticals) is the first selective uric acid reabsorption inhibitor to be approved in the United States. The US Food and Drug Administration (FDA) approved lesinurad 200-mg tablets in combination with a xanthine oxidase inhibitor (XOI) for the treatment of hyperuricemia associated with gout in patients who have not achieved target serum uric acid (sUA) levels. Use of lesinurad in combination with allopurinol or febuxostat, the current standard of care, provides a dual mechanism of action that both decreases production of uric acid and increases its excretion, thereby helping more patients to achieve target treatment goals.

According to recommendations of the American College of Rheumatology (ACR) and the European League Against Rheumatism (EULAR), the goal of treatment is reduction of sUA levels to <6.0 mg/dL (360 μmol/L). In patients whose gout is more severe, guidelines recommend lowering sUA levels to <5.0 mg/dL (300 μmol/L). However, in clinical trials, less than 50% of patients treated with allopurinol 300 mg reached the target level of <6.0 mg/dL (360 μmol/L). Current ACR and EULAR guidelines recommend adding an agent that increases uric acid excretion for patients who cannot reach target levels on an XOI alone. Lesinurad inhibits URAT1, the urate transporter that is responsible for the majority of the renal reabsorption of uric acid, and thus increases uric acid excretion thereby lowering sUA levels.

"The target is important because studies have shown that the target correlates very well with number of flares, with costs, with productivity loss, with how people are doing with the disease," said Jasvinder Singh, MD, University of Alabama at Birmingham, a rheumatologist and one of the lesinurad clinical investigators.

FDA approval of lesinurad was based on the results of 3 randomized, placebo-controlled phase 3 trials that included 1537 patients, the largest clinical trial data set of gout patients treated with combination urate-lowering therapy. The approval has a boxed warning that includes information about the risk for acute renal failure, which is more common in patients who use lesinurad without an XOI and who use the drug at higher than approved doses.

The Coalition of State Rheumatology Organizations (CSRO) reports that Ohio legislators have introduced a bipartisan bill that would increase patient protections by limiting certain aspects of step therapy and requiring that step therapy decisions be based on medical guidelines developed by independent experts. The bill also calls for "a fair, transparent, and independent process" when seeking an exemption to a step therapy protocol. Ohio is 1 of 11 states currently debating step therapy legislation. Several states have already passed laws that require more accountability and transparency from insurance companies regarding step therapy policies.

Rheumatologists are often confronted with fail first and step therapy regulations when they prescribe biologics in the treatment of rheumatoid arthritis. The economic and human costs can be severe. Although Jeff Okazaki, CSRO Associate Director, believes that lawmakers are beginning to see that failure to treat patients appropriately can lead to higher costs later, he also described the "devastating" effects on patients who have had to follow protocols that required several steps each lasting a minimum of 90 days. Requesting exemptions to step therapy is time consuming and contributes to the total national time costs of dealing with insurance companies, which is estimated to be between $23 billion and $31 billion annually. 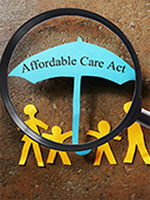